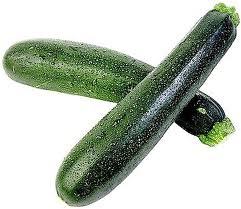 We had Zucchini Ziti for dinner the other night and it was yummy.  The recipe was from “Make 5 Dinners in ONE Hour”  and was simple and tasty.  The kids were immediately turned off by its appearance.

We have a saying in our house, “Kicklighters try everything.”  We chant this several times throughout every meal and the frenzy grows until the target of the cheering finally takes a bite of whatever has made their nose turn upward.

On the night of the zucchini ziti it was every child’s nightmare to take even one bite of the mixture on their plate and the Kicklighter mantra was having little effect.  I had even told them all that we had eaten the same recipe at another time and they had all liked it, but nobody believed me.  All I got in return was, “I don’t like zucchini.”

I’ve included the recipe so you can have the chance to tell a story of your own.  Maybe THIS is the year you find you like zucchini!

Chop zucchini into 1 inch pieces and add to a large bowl.  Add next 6 ingredients to zucchini and mix well.  Spray a 9×13 baking dish non stick spray and layer ingredients-
½ sauce/noodle mix
½ mozzarella cheese
Repeat ending with cheese on top. Cover with foil.
Bake covered – 350 degrees for 45-55 minutes or until bubbly.