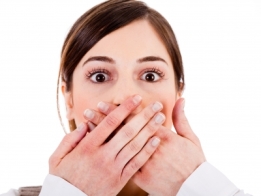 When I was in second grade I was sent to the principal’s office for calling my teacher a dirty word. My friend and I had been goofing off during centers and our teacher sent us back to our seats. My friend wrote on the top of her page, “Mrs. Teacher is…” and then proceeded to write a list of things she thought of our teacher. I’m usually not a follower, but I picked up my pencil and copied my friend’s paper. I knew it was wrong – especially that one word in the middle of the list – but I wrote them all before wadding up my paper with a guilty conscience and throwing the paper away.

I thought it was over but it turned out that Anne had gone and dug the paper out and given it to the teacher. I was sent to see the principal, a letter went home with me to my parents, discipline was reserved for “when your father gets home”, and I got my mouth washed out with enough soap to do a family size load of laundry. To this day I still cannot say that word. I mean, why would I, but usually after I tell this story someone asks, “What word was it?” and I cannot/will not say it. My parents gave the right discipline for their daughter at that stage of life and for that bad choice – and I learned my lesson.

Jump ahead 7 years and I am a teenager having a sleepover in our Alabama basement. The girls were doing Mad Libs and the answers starting to get a bit racy (as racy as they get with 14-year-old-goody-8th-graders in a Christian school) and I went right along with it. Before going to sleep I stuck the papers under the bookshelf beside my sleeping bag and planned to throw them away in the morning. I forgot them. A week or so later my mom finds them, reads them, and I am called in for sentencing. This time I had to sit with my Bible, read Proverbs from beginning to end, and copy all the verses that dealt with the use of one’s tongue. Once again, my mom pulled out the right discipline for her daughter and that stage in life to deal with that specific bad choice – and I learned my lesson.

Jump forward 31 years and I am the mother of three living in liberal Colorado. My darling angel kids attend the local public school and the year is coming to a close. It’s been a great school year, we are cruising toward summer with ease, and then I check my email and see a subject line that reads, “[Bubba’s] Misstep.”  Oh dear. My mind starts racing.

The teacher wrote, “While I was out yesterday, [Bubba] made a pretty poor choice while using his laptop.  I had him write a letter to you to describe what happened.  It involved inappropriate language, which surprised me since he seems to be sensitive to this.  Please sign it or email to let me know you received it.”

Bubba left said letter in his desk, but that turned out to be a blessing for me because he had to sit and look me in the eye and tell me the entire story. I cried.  I relived my entire 2nd grade experience in a blink. I assessed the situation and need for discipline. Bubs twitched in the chair across from me.

He’s had his mouth washed out before and that wasn’t going to cut it this time. So, I bought myself some time with, “I’ll discuss it with your father when he gets home.”

No, that wasn’t all I said. I gave a nice little speech about his “pretty poor choice” and we talked about where he would have learned a word like that; it came to light that he learned it in the comments on his favorite video game/app. He has been plaything this game for 2 years and has moved on to creating his own levels and publishing them for other fans to play. His creations have gotten a lot of play time but when people write him their thoughts, they don’t know he is ten and use words they shouldn’t use no matter his age. I’ve been aware of this but have dragged my feet because he is developing skills in coding, etc.

Turns out daddy had to work late – didn’t get home until 9:30 PM – Bubba got a stress ulcer during the night – woke up and rocked on the bed until daddy told him the discipline.

We chose a “put off the old/put on the new” discipline. We deleted Geometry Dash from every device in the house and he isn’t allowed to play with any electronics for the rest of the month. (I was planning for “until school gets out” but Bubba said it really should be through the end of the month because what he did was really bad.) Then we picked three verses that he has to write out once a day until the end of the month; the hope being that writing God’s word on His heart will, in fact, change his heart.

It’s been two days. I thought that copying the bible verses would be no big deal but you would not believe the complaining. I was expecting weeping and gnashing of teeth over the game being deleted but, other than it being the first thing he told his teacher when I took him to apologize, he hasn’t said much.

Only time will tell, but we pray that this is the right discipline for our son and this stage in his life to deal with this specific bad choice. And we pray he learns the lesson. 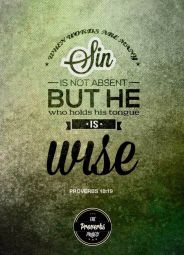 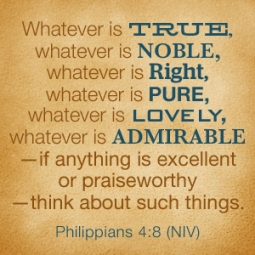