Soccer season ended this week so it is fitting that I would finally write about this major part of our fall. This has been a fun season with great weather, lots of friends on our teams (so this social mamma loves sitting at games),and the kids had fun playing. Granted, nothing else has gotten done on Saturdays, but sweet memories have been made and skills have been learned.

This was Bubba’s second year playing and,with one game to go, his team has a perfect record. . .they haven’t won a game. I can honestly say it isn’t his fault. . .he didn’t spend a lot of time on the field. He didn’t seem to mind, though, and makes comments that let me know that he carries the responsibility of “team” and feels a part. 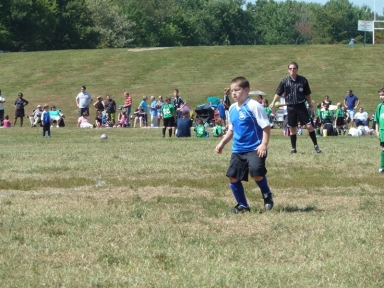 This was KB’s first year playing and, as biased as I am, I think she really did a great job. KB has drive and loves to be active so she has really gotten after it over the season. 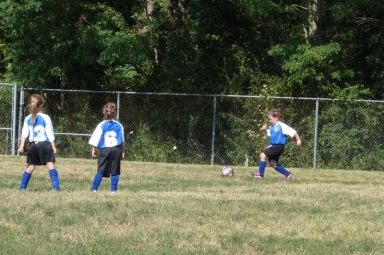 Her coach is a bit intense and 1.5 hour practices for Kindergarteners was a bit much. KB has said that she doesn’t ever want to play again because there is so much running and practice. Thankfully, she has found a place as goalie and likes being there. It provides enough of a balance to the game for her so she enjoys really running when she is playing offense and can stand still but alert as goalie. 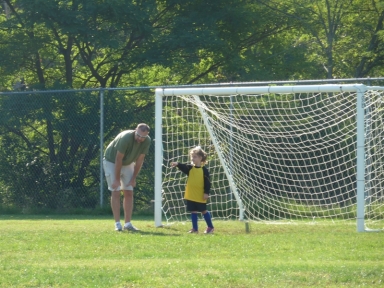 I’m glad it’s over in that I feel like the time to live life just doubled, but I will miss sitting in the sun, chatting with friends, and watching my children play.  What activity is your child involved in and how do feel about the time commitment?