My brother is here until Wednesday. (The first thing he said after getting in the car at the airport was, “Wow. You have gray hair! NICE) I haven’t seen him since my sister’s wedding last March – he lives in ASIA!! It is so great to have him here – he is one of my top ten favorite people. My kids seem to like him too.

It’s KB’s first time to meet Uncle Andy. This picture doesn’t show it but she warmed right up to him. 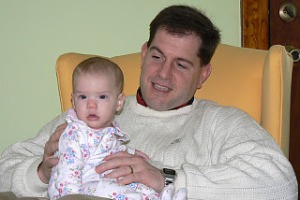 Bubba was feeling extra bad today but Uncle Andy got a smile from even him. 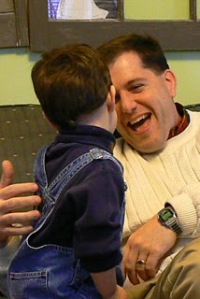 And Little hasn’t left his side. Her comment to me after naps was, “Uncle Andy is here. He looks like daddy. I’ll go see him.” She is really into all the people Andy looks like because when she saw him on the video cam this weekend she said, “It’s Uncle Andy. He looks like Mr. Eubanks.”
Hmm. 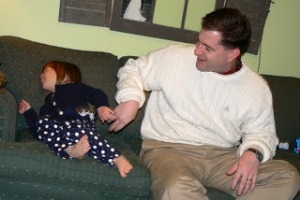